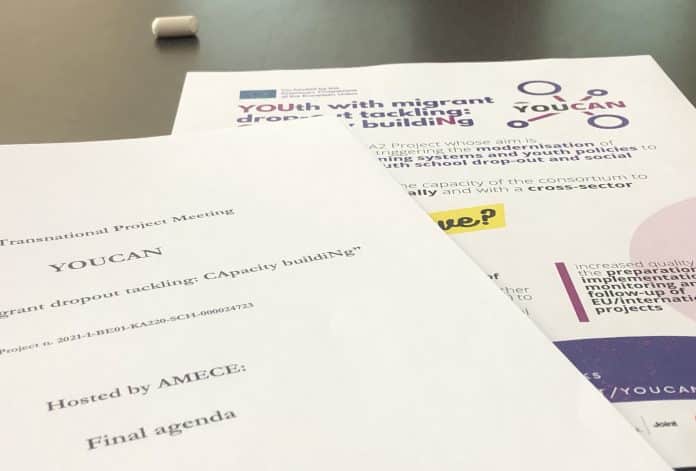 From 7th to 8th of April the consortium of the YOUCAN project has met in Turin (Italy) for the first Transnational Partner Meeting (TPM).

The consortium of the YOUCAN project is formed by the following partners:

YOUCAN (Youth with migrant drop-out tackling: capacity building) is a KA2 Erasmus project co-funded by the European Union, and its aim is to contribute to triggering the modernisation and to reinforcing the response of education, training systems and youth policies considering the main challenges provided by the migrant youth school drop-out and social exclusion, by building the capacity of the consortium to work transnationally and with a cross-sector approach.

To achieve that, it introduces some innovative features such as:

The First Transnational Partner Meeting has happened in Turin (Italy) in April 2022. The association in charge of the event’s organisation and management was AMECE.

On the first working day, the participants has had a meeting with the Secretary of Youth Policies under the Municipality of Turin, Fausto Sorino. Mr. Sorino in his daily job deals with suburbs and urban regeneration projects, Turin educational city, schools’ construction, nurseries, pre-schools, services and opportunities for children and adolescents, school and university orientation, permanent territorial centers, municipal educational establishments, and youth policies. 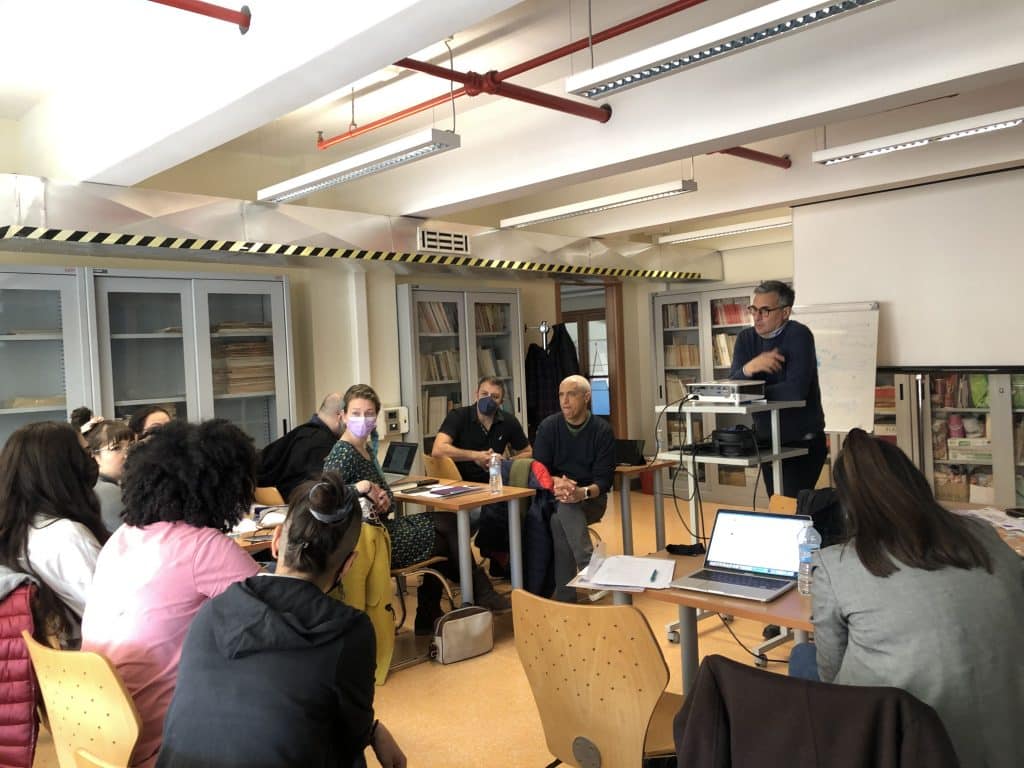 The Secretary of the Youth Policies department explained how the social assistance services provided to young migrants and migrant families divides into two parts:

What is called “community welfare” happens with the intervention of associations and organisations of the city that serve as intermediaries between the municipality of Turin and beneficiaries.

It works on different levels:

The Secretary also presented the project “Torino Plurale“, a network of associations financed by the municipality of Turin, that provides migrant families with food, help in paying and managing taxes/bills, help with school, school supplies, and so on.

The second part of the day was dedicated to the visit to the CPIA 3 (“Centro Provinciale Insegnamento Adulti | Provincial Center for Adults Education”), a center of classes for unaccompanied minors with a migrant background, based in the neighbourhood of Mirafiori.
This center was originally born for adults attending school back in 1968, when a big, new car factory was built by FIAT.
The CPIA currently has 7 schools in Turin.
They also carry out Erasmus Plus projects for the mobility of the school staff (Key Action 1).

The YOUCAN participants took part to one of the afternoon classes, together with students from Bangladesh, Tunisia and Albania. 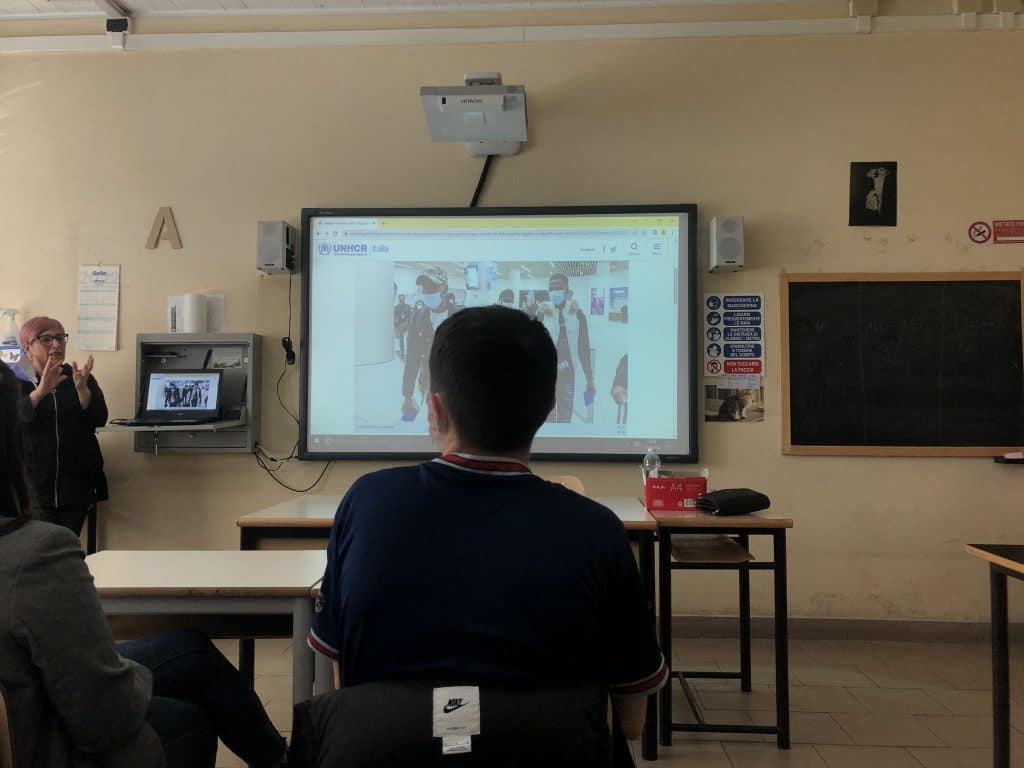 A teacher explained how the school has got now two important and inclusive ongoing projects:

The class was formed by male students only, as the last migration streams toward Italy were basically interested by men and boys. As such, there are not many girls attending these classes but a few coming in the next weeks, as the teachers mentioned.

The students live in two different shelter communities and are all unaccompanied minors, who left their country-of-origin and, by different means, reached Italy at the end of their journey. Even asked about the willing to tell their story, only a student stood up for it, and briefly described how he went through Libya and the isle of Lampedusa, before reaching Turin. Few of them arrived by plane, others through the Balkans.

Most of them showed satisfaction with their current state, and the fact of being hosted in Italy.

The teacher further explained another project, called “Pagella in tasca”, that the headmaster carried out together with the Ministry of Foreign Affairs, and the Nigerian Prime Minister. Thanks to that project two Nigerian girls came studying to Italy. It is interesting to point out that this project is unique and unprecedented in Europe. These students are welcomed by local families during their stay.

The final event was presented by Rocco De Paulis, a teacher at CPIA 3, who in a human and profound way explained which are the activities of the school,  such as workshops, a part from the traditional subjects. 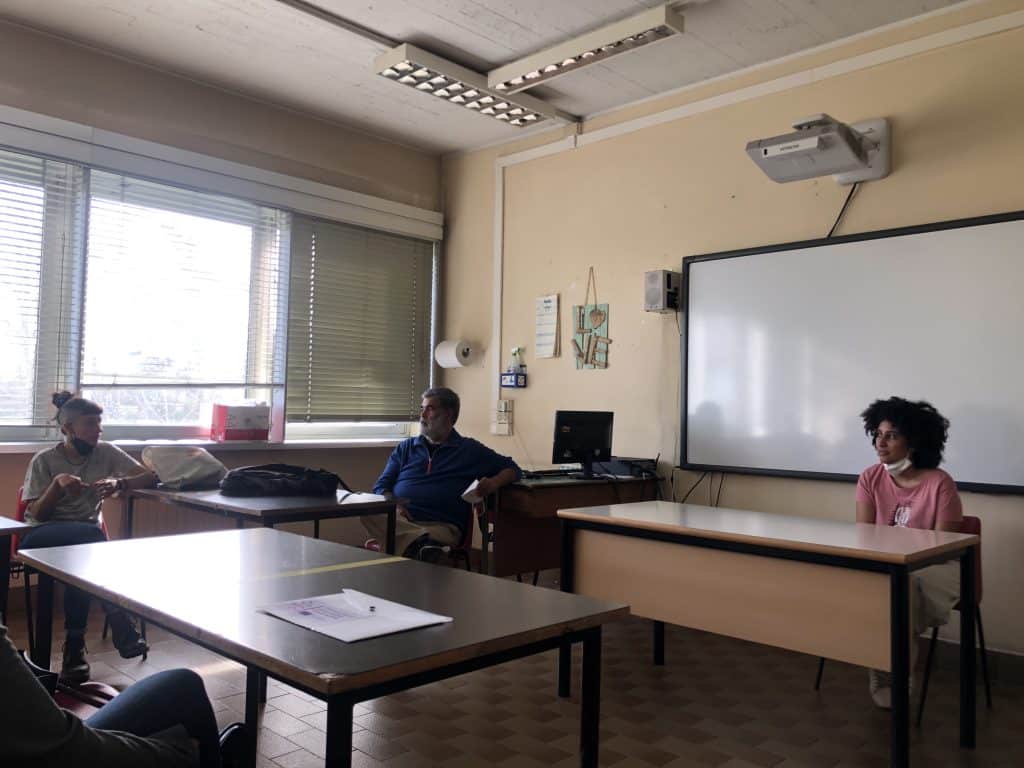 Rocco De Paulis told the participant about the “Try again, Sam!” project, even if already mentioned beforehand. This project is carried out combining the synergies of teachers and educators, that work together with the migrant students.

The migrant students show to have transversal competences that they acquired thanks to their life experiences, and educators/teachers encourage them in developing and using these soft-skills during workshops, while linguistic competences are mainly and mostly important when attending traditional classes.

The analysis of Rocco De Paulis went even deeper on the way these migrant students face school: many of them never go to school at all, some of them came with illiteracy, without knowing how to write, not even in their own mother tongue. This background gave them a guilty feeling of not being good enough to learn, thus ending up blaming themselves when failing. Is therefore important that the educators and teachers working with these students receive a specific and relevant training.

On the second day of the TPM, the YOUCAN partners spent the morning going through a more detailed glance to the KA2 project itself, its activities, objectives, premises, and outputs, plus the International Partners Agreement (IPA).

They have been then discussing the provision of applying to 3 Calls for Proposals other that European ones, identifying which ones could potentially be suitable to the consortium. Moreover, they have been organising the O2O events (“Organisation to Organisation”) happening in the future as part of the project’s activities, and consisting of a form of “job shadowing” where staff members go spend a week to another partner organisation to learn from their daily job and activities.

The Communication and Dissemination strategy has been presented by Associazione Joint, and discussed over the possibility to reach the target – although indirect – group of migrant students adjusting and enlarging the dissemination on more platforms, such as SYRIUS, eTwinning and Education Gateway.

In the afternoon, the participants took part in a visit to the “Primo Levi” Library, where the hosting association AMECE holds after-school activities for children and adolescent of foreign origins. 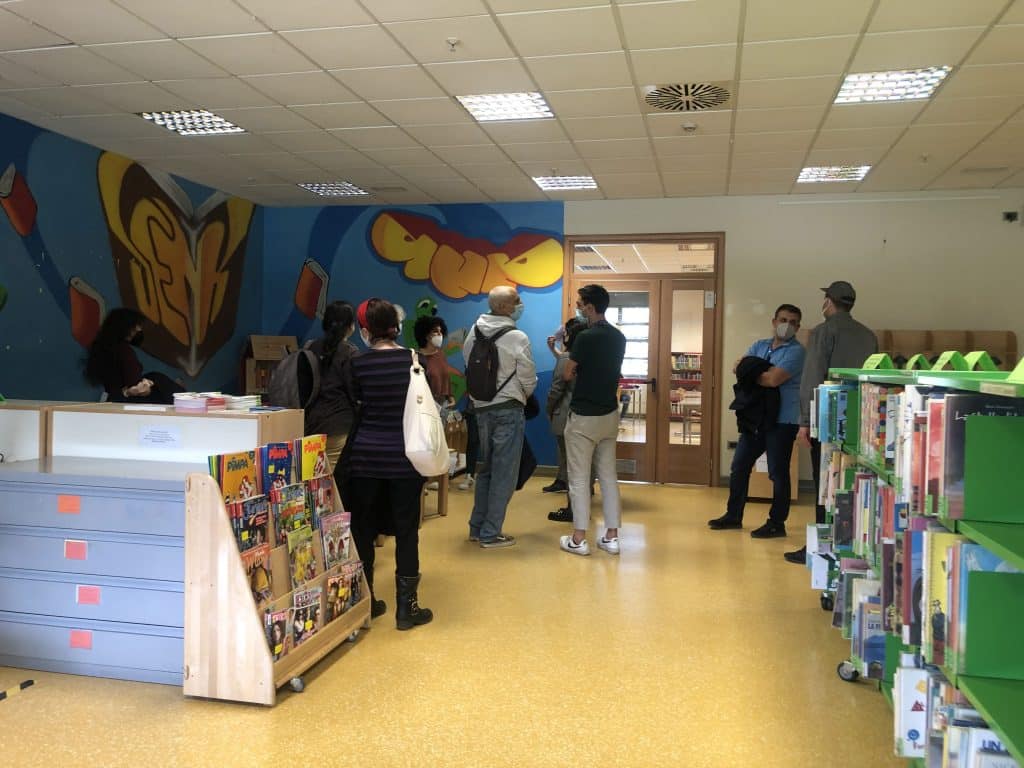 Project results: “Be your country” manual

ALMA | Work Abroad Initiative Under the European Year of Youth 2022