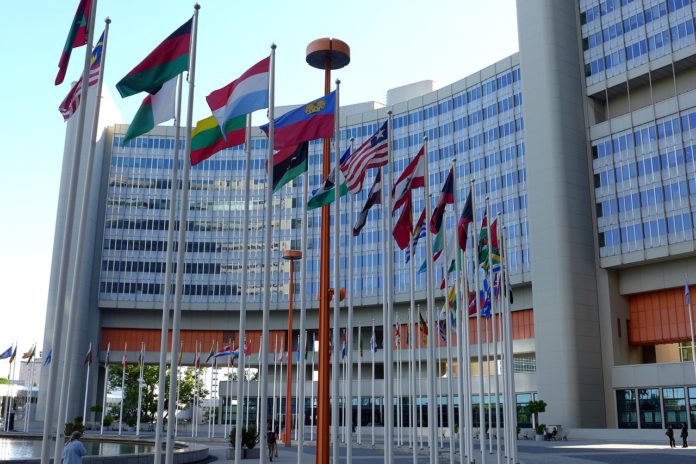 This article has been written by Ilya Vadimovich Kursenko, European civil servant advocating for the CTBT

The Comprehensive Test-Ban Treaty Organisation (CTBTO) Science & Technology Conference is going to be held in June 24-28 in Vienna, Austria. The civil society advocates from all over the world await it with their breaths captured. It’s hard to believe but it’s been just over 3 years since the CTBTO Youth Group has been established to support the CTBTO agenda from the future leaders’ perspective. Back then it seemed promising, though the global youth engagement experience that could extend even to the most high-level events on the agenda has been poor if it ever existed. The CTBTO had the unexplored path to step into to accomplish the objectives for which the Youth Group got formed.

The way my own life has been rolling out nothing seemed to predict me joining the Youth Group, though it happened as such through the numerous surprises from my own destiny. Simply visiting Vienna back in April 2016 half of our student group got sent to see the OSCE session and another one got to tour the Vienna International Centre (VIC) where Ban Ki-Moon, the UN 8th Secretary General, was supposed to be present. I personally dreamed of seeing the UN Secretary-General, the ambassador of all nations and of people, the figure so grand in my imagination. I was 17 years old back then and was hoping to achieve something important and very early. I woke up every day hoping to reach the stars that were shining for me.

And once inside of the VIC we went to take our tour and then proceeded to the CTBTO Anniversary Ministerial Meeting. The hall was packed and we, the tiny students from some distinct Russian towns, have stood almost by the doors. In such cases I always find my way to get through and stand so that I can participate well. I knew I wasn’t there for standing and watching, I was there for acting. That was my first time I ever heard about CTBTO. Anxiously googling everything about the Organization I actively posed my questions live through Twitter. My activity got noticed by the moderators for sure. Finally, by the closing of the session the floor was open for questions. And there I knew – this was my one and only chance to address the UN Secretary-General directly. I had no idea about what I should ask him. Though I knew I had to ask something. And I started googling everything about Ban Ki-Moon and have discovered that he won an essay contest and visited the United States of America as an award back when he was a school student. I am also the winner of a similar U.S. Department of State Exchange Program and I have linked our biographies into a question: “How winning a high school essay contest lead you to become the UN Secretary-General?”. Everyone turned back to see the boy who asked such an extraordinary question. I heard people smiling and applauding. I felt as if the question was posed at a right time and at a right moment.

And that question led me to have been noticed by CTBTO and the offer to join the newly forming Youth Group followed right after. I accepted it still having little idea about the organization. I was 17 back when I joined it and I was still in High School. Over the years of my engagement with the Youth Group I have been pursuing every chance to get involved whether it be helping at a booth during the American Geophysical Union Annual Meeting in San-Francisco or participating at an unforgettable trip to one of the first Soviet nuclear test sites in Semipalatinsk, Kazakhstan – everything welcomed me to learn more and fall deeper in love with the good causes of CTBTO – secure the world we live in from the nuclear arms testing. Once and forever we are capable of achieving it as a whole. Recognizing the mutual concerns of all parties and respecting all views. The important and almost universally accepted idea is that CTBT has to enter into force. Though the missing signatures to the Treaty remind us of the differences in the approach to the issue. This makes the situation even more challenging, though it is also the opportunity to cooperate more.

The CTBTO 2019 Science and Technology Conference

The conference to be held during this week is the bell ringing for all the citizens of the planet Earth to come together to the city where diplomacy experienced its’ Renaissance. The city where nations recognized the power of negotiations stronger and more robust than the power of any weapons. This is the time to remember this and recognize that the comprehensive agreements are uneasy to reach, though once the determination is strong and the support is extensive – they are simply a signature away. The Youth Group members are actively engaging into the dialogue on the grounds of CTBTO to learn as much as they can from the current policymakers as if they were in line waiting for their time to come. Taking into account how strongly the role of the youth actors is transforming currently, I would offer the alternative plan: the youth is not the one to come tomorrow and to take on the unfinished work. The Youth is here and now to engage into resolving the challenges. And CTBTO is on the right track having the extraordinary Youth Group open to all inspired individuals offering them the means to learn and participate, impact the agenda and address the policymakers and the expert community to get together to work out the solutions for making CTBT become the codified universal law. The bells of 2019 Science and Technology Conference ring louder than ever before.